Truth to power - okay; truth about PowerPoint - not okay 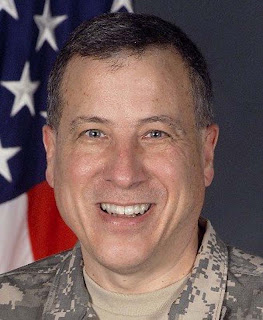 Colonel Sellin's second tour in Afghanistan was cut short yesterday when he was unceremoniously fired for his 'rant' about PowerPoint. The story is available HERE in Army Times.

The Colonel is a PhD and was a frequent UPI Outside View Commentator (apparently with the U.S. Army's blessing). Despite the disclaimer - "The views expressed are Sellin’s own and are not necessarily those of the Army or U.S. government", the Army determined that he crossed the line. I thought some his earlier opinions were actually much more inflammatory.
Posted by mike at 4:33 AM

This guy's my hero! Too bad we didn't have more Officers with the guts to say what he did -- He might have kept his job...