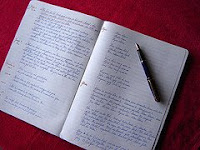 It then becomes strictly a matter of personal decision whether he will seek to advance himself along the line of main chance or will take refuge in the excuse offered by the great majority: "I'm just a simple fighting file with no gift for writing or speaking."
From: The Armed Forces Officer, 1950
Posted by Mike Lambert at 6:30 AM 1 comment:

CDR Chelsey Zwicker is a native of Wyoming, Pennsylvania and graduated from the United States Naval Academy in May 2005 with an undergraduate degree in Aerospace Engineering.  Upon commissioning she was selected for naval aviation.  In October 2006, she transferred to the Cryptologic Warfare Community.

In September 2010 Commander Zwicker reported to NIOC Bahrain.  She was the N6 and Legal Officer prior to her deployment from November 2010 – July 2011 in support of OPERATION IRAQI FREEDOM, OPERATION ENDURING FREEDOM, and MARITIME SUPPORT OPERATIONS in the Arabian Gulf.  During her deployment CDR Zwicker, was the Officer in Charge of the detachment.  Returning back to NIOC Bahrain, she served as the N3 Operations Officer and Acting Executive Officer.

In November 2011, Commander Zwicker transferred to OPNAV N13F, the Navy Foreign Language Office.  During this tour, CDR Zwicker served as the Action Officer liaison to N2N6 and was the plank owner and program manager of the Asia Pacific Hands Program.

In November 2014, she reported to Naval Information Dominance Forces Command as the Flag Aide and deputy Executive Agent to the Commander.

In May 2019 she reported to Navy Information Operations Detachment, Kaneohe Bay as the Officer in Charge.  She led space training for NIOC Hawaii and disestablished NIOD Kaneohe Bay in July 2020. 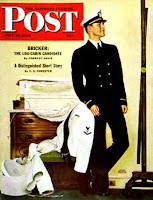 recognizes his responsibilities and therefore does not accept them lightly. A Naval officer understands that his word is his bond, exercised by everyday actions and daily decisions. A Naval officer will not waft through life selfish or disconnected, like someone who carries a fickle mind. A Naval officer, the genuine article, will not make promises he cannot keep, and chooses his words as carefully as he does his commitments. And because a Naval officer honors his words, he is in turn honored in his actions.