Unhappy Sailors can be the Navy's greatest source of learning.  What are your unhappy Sailors telling you?  Are you listening?
Posted by mike at 5:44 AM 3 comments:

The timeless wisdom of Joe Byerly 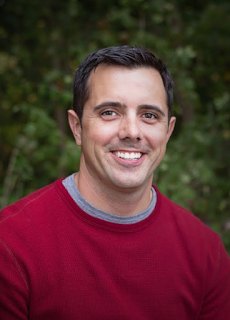 Much more is available HERE.
Posted by mike at 5:30 AM 1 comment: 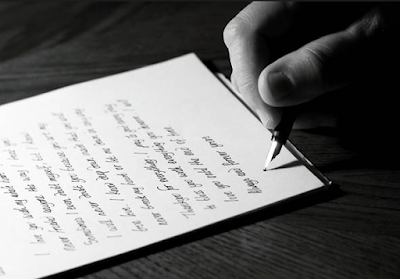 I loved hearing this from a detailer buddy of mine recently :

"There really isn't any such thing as a bad Information Warfare/Cryptology assignment.  There are only different kinds of good assignments."

I'm not going to argue with that.  Sign me up for another tour.
Posted by mike at 5:30 AM 8 comments:

"Command" is a marvelous instrument 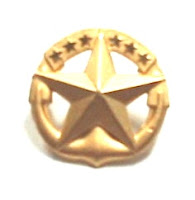 "Command" is a marvelous instrument. Commanding Officers who fail to make the most of it to maximize mission accomplishment and Sailor development are cowards.


Captain John Mitchell
United States Navy
Posted by mike at 5:30 AM No comments:

Back in 1981, the Chief of Naval Personnel, Vice Admiral Lando W. Zech Jr. made a very wise detailing decision.  He sent CWO3 Wallace Louis Exum to teach celestial navigation at Officer Candidate School in Newport, Rhode Island.  I was one of hundreds of his students at OCS.  Both men influenced my Navy career greatly.  VADM Zech signed off on my first set of orders in June of 1982, sending me to Atsugi, Japan to fly with Fleet Air Reconnaissance Squadron ONE (VQ-1).  Thirty years later, both men were still in touch with me and we developed into great friends.

Sadly, Vice Admiral Zech passed away eight years ago this month and is no longer with us, except in spirit.  The last time I saw him, he was in good spirits. He was ill and weakened from his lengthy hospital stay - but his spirits were high. We talked a little bit about the USNA honoring him and a few of the other guys recently for being Captains of their varsity baseball teams over the years.  He was very proud of his years at the United States Naval Academy.

Besides being an athlete, he was very much an old school nuclear submariner and later a surface warfare officer. My goodness, how he loved the Navy and his family.  After his retirement from the Navy, he was Chairman of the Nuclear Regulatory Commission.  He left behind a wonderful widow - Jo, 5 beautiful daughters and many grand children.  And a very sad Shipmate who still grieves deeply and tries to keep his memory alive in all ways that he can.  Farewell Admiral Zech.  Those who knew you - loved and respected you greatly.  Those who didn't - missed out on a great experience.  I said my good-byes at Arlington National Cemetery but they were in no way - final good-byes.  You will remain fresh in my memory.

ZECH LANDO W. ZECH. JR Vice Admiral, U.S. Navy (Ret.) Former NRC Chairman Lando W. Zech, Jr., age 87, a retired Navy Vice Admiral who later served as Chairman of the U.S. Nuclear Regulatory Commission died on Sunday, January 9, 2011. Admiral Zech, a resident of Falls Church, VA was born in Astoria, Oregon and spent his youth in Seattle, Washington, where he attended Roosevelt and Lakeside high schools. He was appointed to the U.S. Naval Academy at Annapolis in 1941. At Annapolis, he played varsity baseball and basketball. In his senior year, he captained the baseball team. Admiral Zech served 39 years in the Navy after his graduation from the Naval Academy in 1944 with the World War II Class of 1945. His first assignment was to the destroyer USS JOHN D. HENLEY (DD 553) in the western Pacific where he participated in the second battle for the Philippines, the Iwo Jima and Okinawa campaigns and on picket station duty off the coast of Japan during the last days of the war. After the war and a second destroyer tour on the USS HENRY W. TUCKER (DD 875), Admiral Zech volunteered for submarine duty and subsequently commanded four submarines, USS SEA ROBIN (SS 407), USS ALBACORE (AGSS 569), and after nuclear power training, USS NAUTILUS (SSN 571) and USS JOHN ADAMS (SSBN 620). He later commanded the guided missile cruiser USS SPRINGFIELD (CLG 7). Upon his selection to flag rank, he served as Commandant of the Thirteenth Naval District in Seattle, WA, the Chief of Naval Technical Training in Memphis, TN and as Commander, U.S. Naval Forces, Japan in Yokosuka. After his selection to Vice Admiral he served as Deputy Chief of Naval Operations for Manpower, Personnel and Training and Chief of Naval Personnel in Washington, D.C. He retired from the Navy in 1983. Admiral Zech graduated from the Armed Forces Staff College, the National War College and received a Masters Degree in International Affairs from George Washington University. In addition to campaign and foreign service medals he was awarded two Distinguished Service Medals, two Legions of Merit and the Navy Commendation Medal. On retiring from the Navy he was appointed a Commissioner and later Chairman of the U.S. Nuclear Regulatory Commission by President Ronald Reagan. During this 5 year appointment he visited all 110 nuclear powered plants in the United States and many plants overseas including Chernobyl after the accident in the then Soviet Union. After retiring from the NRC, he served on the Board of Directors of the Commonwealth Edison Company (now Exelon) for another 5 years and later as a Nuclear Safety consultant. Admiral Zech had been a resident of Falls Church since 1983. He was a parishioner of the Cathedral of Saint Thomas More in Arlington, VA, a supporter of the U.S. Naval Academy, the Archdiocese for the Military Services, U.S.A., the National Shrine of Saint Elizabeth Ann Seton and a member of the Army Navy Country Club. He is survived by his wife of 61 years, Josephine K. Zech; five daughters: Janet Z. Cocke (James) of Richmond, VA, Joanne Z. Lyons (Coleman) of Atlanta, GA, Nancy Z. Cunnane (Robert) of Coto de Caza, CA, Carol M. Zech of Arlington, VA and Patricia Z. Nelson (Kirk) of Sammamish, WA.; his 12 grandchildren and three great grandchildren. Also surviving are his brothers, Dr. Robert J. Zech and Dr. Jerome M. Zech, both of Seattle. He was preceded in death by his brother John R. Zech.
Posted by mike at 5:00 AM 1 comment: 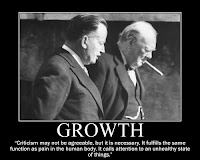 My old boss, SECDEF Rumsfeld was fond of saying, "If you're not being criticized, you may not be doing much." If you are a man of action (MOA), you are bound to upset some folks. Providing constructive criticism is an art form in and of itself. How do you practice the art?
Posted by mike at 5:30 AM 1 comment:

In my mind, having your boss ask you to write your own personal award and FITNESS Report is akin to her telling you to write yourself your own 'thank you' note for your good deed or after your two/three year assignment.  It makes no sense at all to me; don't do it.  If you are a leader and you can't write your immediate subordinate's award/fitness report, shame on you.

This is something that is getting some attention in Congressional sub-committees of the Senate/House Armed Services Committees (SASC/HASC).  With the attention given to the Stolen Valor Act and similar issues - the Congress is paying much more attention to military awards - who gets them, how they get them, why they get them and how many get them.
Posted by mike at 8:03 AM 11 comments: 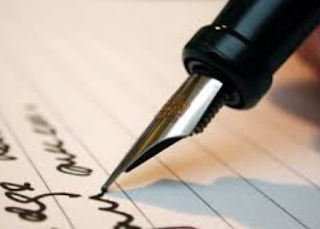 If you want to change the world, pick up a pen and write.