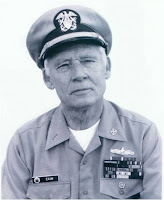 This short piece won the "2010 LESSONS IN MANLINESS" contest sponsored by THE ART OF MANLINESS blog.
Posted by Mike Lambert at 5:30 AM No comments: 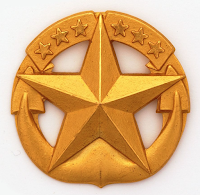 It is not the job itself, which is mostly the same duties the captain has done before summed up together in new responsibility.  It is not even the freedom and independence of the job, which, though large, are far from total.  The magic of command is the magic of opportunity.  Every captain starts with a clean slate and I urge him to write on it boldly and with pride in his personal signature in the form of a strong command tour in which he accomplishes every reasonable good for his ship.
Captain John ByronThe CaptainUSNI ProceedingsSeptember 1982
Posted by Mike Lambert at 5:30 AM 1 comment: