What can be more important? 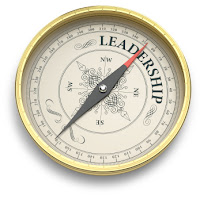 Thanks for your continuing engagement on the vital issue of leadership -- at the end of the day, what can be more important to our Navy and our nation?"

Admiral James Stavridis
Posted by Mike Lambert at 5:30 AM No comments:

You are a Navy man, part of the largest and strongest seagoing force in the world. When you were sworn in and put on your uniform for the first time, you became part of a great tradition. All the brave men who have gone before you, and those who will follow you, make up an unbroken chain of courage and devotion to duty that should make you proud to wear your uniform.

As a Navy man you are, in a special sense, a good citizen of these United States. Your uniform alone does not entitle you to special privileges, rather it obligates you to set high standards of conduct and performance of duty. At home, and on duty abroad in foreign countries, you will be under constant observation as a representative of the United States government. Be sure that no careless act of yours brings discredit to your uniform or to your country's flag.

Service in the Navy can be whatever you make it. It takes some time to understand and become adapted to the ways of the Navy, for going to sea in ships and aircraft is a tough, serious business, particularly in these troubled times. If you must work hard and at times miss a leave period or a few liberties in your home port, remember that you chose a man's job when you joined the Navy.

From THE BLUEJACKET'S MANUAL
Posted by Mike Lambert at 5:30 AM No comments: 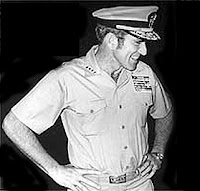 “There is no black Navy, no white Navy—just one Navy—the United States Navy.”

After a long career of Navy service as a CTT and nearly 3 decades at the NRO as a government contractor, legendary ELINT and SPACE expert, Larry Veray has retired.  He continues his public service in Hawaii as Chair of the Pearl City Neighborhood Board.  Mahalo for your service Larry.  We salute you and know the people of Hawaii will benefit from your leadership and service.
Posted by Mike Lambert at 4:34 AM 8 comments: