40 years ago today I began my Navy adventure.  It has been awesome being a part of that.  I think this will be my last post on the blog.  I do reserve the right to change my mind.
Posted by mike at 5:30 AM 20 comments:

What can be more important? 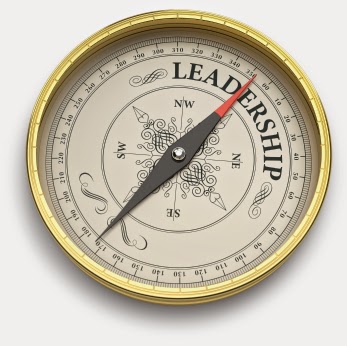 "Mike,
Thanks for your continuing engagement on the vital issue of leadership -- at the end of the day, what can be more important to our Navy and our nation?"
Admiral James Stavridis
Posted by mike at 5:30 AM No comments:

Because I said I would


THIS is powerful.  A really meaningful post by my Shipmate Captain Sean Heritage..  Pleased to be in his circle of trust.

And the website for "because I said I would" is HERE.
Posted by mike at 5:30 AM 1 comment:

Most of us have come to understand that leadership is about character, not characteristics.  We know what our values are and sometimes struggle to stay true to those values when we see that our seniors continue to progress while not demonstrating that same strict adherence to our Navy core values.

Some in our community have found strength in maintaining their 'true North' by creating something they have called their personal "Board of Directors" (BoD).  Entrepreneur Bill George has a decent book out called TRUE NORTH GROUPS.  He knows that, with the challenges we face these days, we require additional help to stay on track.  We cannot rely on just ourselves or our commands to help us stay on track.  We need Shipmates in 'our circle of trust'  with whom we can have in-depth discussions and share intimately about the most cherished things in our lives and careers while we serve our country around the world.

Whatever you choose to call it, you need to have Shipmates you can count on in the toughest of times - the people who will follow-through on things 'because they said they would.' 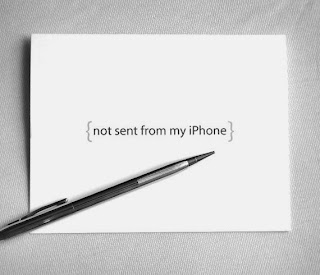 It may seem nostalgic, but I still believe there’s room for the handwritten note in personal and professional communication. They cost something, mean something, and have permanence in a way emails and text messages don’t. They let the people in our lives know we appreciate them enough to do something as archaic as pausing for 15 minutes to put pen to paper in an attempt to connect and sustain a relationship with them. I still remember that note — and many others I’ve received over the years — and perhaps in writing personal notes to our friends and colleagues, we can reach out to others in a way that creates a lasting, positive connection.
Try it, you may like it.
Posted by mike at 5:30 AM No comments:

Malcolm Gladwell's latest book OUTLIERS talks about what separates the stars from everyone else. It isn't raw talent. It is sheer persistence--those who practiced harder did better, and those who practiced insanely hard became wildly successful.  Can the same be applied to Naval leadership?
Gladwell dubs this phenomenon the "10,000-hour rule." I think this can be applied equally to leadership. Becoming truly great at anything -- (leadership included) -- requires ten years of experience and 1,000 hours of practice per year. "Ten thousand hours is the magic number of greatness," he argues.

What are the elements of 'deliberate practice'? It's designed explicitly to improve performance -- the little adjustments that make a big difference. It's repetitive, which means that when it's time to perform for real, you don't feel the pressure. It's informed by continuous feedback; practicing leadership only works if you can see how you're improving.

Bits and pieces paraphrased (and others cut and pasted) from HARVARD BUSINESS REVIEW.
Posted by mike at 5:30 AM 3 comments:

We have a duty to remember - 8 years ago today 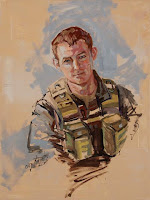 We can argue about whether Steven Daugherty was a hero or not. We can't argue about his patriotism. There is no doubting that.


Obituary:  CTT1 (SW) Steven Phillip Daugherty, USN, 28, passed away July 6, 2007, on duty in Baghdad, Iraq. He was born May 16, 1979, in Apple Valley. Besides his love for the Navy, he enjoyed playing his guitar and spending time with family and friends. He is survived by his parents, Thomas and Lydia Daugherty of Barstow; a son, Steven P. Daugherty Jr. of Tacoma, Washington; two brothers, Robert Daugherty of Omaha, Nebraska, and Richard Daugherty of Colorado Springs, Colorado; a sister, Kristine Daugherty of Killeen, Texas; and his grandmother, Pearl Watkins of Yermo. A graveside service with full military honors was conducted in Arlington National Cemetery Tuesday, July 24, 2007, at 10 a.m.
Navy Dedicates Premiere Joint Warfare Lab to Honor Sailor Killed by IEDStory Number: NNS090529-25Release Date: 5/29/2009 4:24:00 PMBy Troy Clarke, Naval Surface Warfare Center Corona Public AffairsNORCO, Calif. (NNS) -- The Navy dedicated the latest addition to the nation's premiere Joint Warfare Assessment Laboratory at the Naval Surface Warfare Center (NSWC) Corona May 28 at a ceremony to honor a Sailor killed by an improvised explosive device.The Daugherty Memorial Assessment Center, a 39,000 square-foot, state-of-the-art center, bears the name of Cryptologic Technician (Technical) 1st Class Steven Phillip Daugherty and commemorates the work NSWC Corona is doing to combat the IED threat that killed Daugherty July 6, 2007."The Daugherty Memorial Assessment Center nearly doubles Corona's secure analysis and assessment area and significantly enhances our ability to do collaborative performance assessment," said NSWC Corona Commanding Officer Capt. Rob Shafer to the overflow crowd of more than 450 attendees. "It will stand as an ever-present reminder of Steven - and to every Sailor, Soldier, Airman, and Marine who has given their life in defense of this country. This dedication commemorates his sacrifice and recognizes the groundbreaking work NSWC Corona is doing to help combat the threat of IEDs against our armed forces."Daugherty's parents, Tom and Lydia, attended the dedication ceremony with one of their sons, Air Force Staff Sgt. Richard Daugherty. Each of the four Daugherty children has served in the armed forces, and two are currently in the air force."Steven was proud to serve his country," said his mother Lydia. "He took pride in his work and always did the best he could."Daugherty recently received one of the nation's top awards in the intelligence community for his bravery and contribution to cryptology."It was an honor for the Intelligence Community to bestow one of its highest awards on Steven – the National Intelligence Medal for Valor – in deep appreciation for his example of courage," said Dennis C. Blair, director of National Intelligence, about the dedication. "It is entirely fitting that the Department of the Navy has honored the memory of Cryptologi[c] Technician Tactical First Class (SW) Steven P. Daugherty by giving his name to its new Assessment Center at Naval Surface Warfare Center, Corona Division.""To the elite Corona engineers, I say this: As you go about your good work supporting the men and women in uniform, may this building serve as an ever-present reminder, a monument to heroes, named after Steven Daugherty, our hero," said Senior Executive Dr. William Luebke, NSWC Corona's incoming technical director. "Never forget how important the work we do here is for them fighting over there. For truth in performance means dominance on the battlefield. It is our mission, it is our purpose, it is our calling."U.S. Rep. Ken Calvert, whose congressional district encompasses NSWC Corona, and Col. Tom Magness, Los Angeles district commander for the Army Corps of Engineers, also spoke at the ceremony. Magness served as the senior engineer trainer of the National Training Center Sidewinder team at Fort Irwin, Calif., when he worked with Corona analysts on counter-IED efforts.In addition to supporting counter-IED efforts, the Daugherty Memorial Assessment Center greatly enhances NSWC Corona's ability to support key national missions. With it, NSWC Corona can provide Strike Group interoperability assessment needed to certify ships for deployment; provide critical flight analysis for all Navy surface missile systems; and provide performance assessment of Aegis and Aegis Ballistic Missile Defense ships throughout their entire lifecycle. NSWC Corona can also centralize, process, and distribute the Navy's combat and weapon system data on one of the largest classified networks in the Department of Defense.Following the dedication, the Daugherty family toured the facility and learned how Corona analysts are helping defeat the threat that killed their son and brother."He would have been very humbled by it all," Daugherty's mother said about the building dedication. "He would have said he was just doing his job."Naval Surface Warfare Center Corona is the Navy's only independent assessment agent and is responsible for gauging the warfighting capability of ships and aircraft, analyzing missile defense systems, and assessing the adequacy of Navy personnel training. The base is home to three premiere national laboratories and assessment centers, the Joint Warfare Assessment Lab, the Measurement Science and Technology Lab, and the Daugherty Memorial Assessment Center, which are instrumental in fulfilling NSWC Corona's mission and supporting the nation's armed forces.
Posted by mike at 5:30 AM No comments: 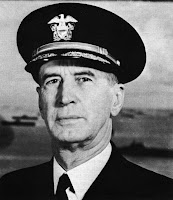 When Sailors are aware and understand where their command is going, and WHY; when they understand their role, and WHY their contribution is vitally important; when they have the assets, resources, training and direction they need; when they are truly empowered, then they will do the right things for the right reasons at the right times. And, you can follow your people to achieve your vision.

Can you do that much for our Sailors?  If not, step aside Shipmate.  Other leaders are ready to fulfill that responsibility with gusto.
Posted by mike at 5:30 AM 1 comment: 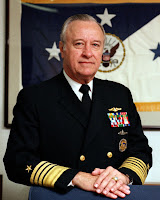 Personal integrity leads to peace of mind, personal worth, and intrinsic security. The leader must always work from an ethical base; the art of leadership depends on value judgments. The leader’s personal ability to discriminate between right and wrong may be the only resource at his disposal. Time may not permit him to consult with others. He must stand up for his beliefs, even if he stands alone.


The expedient and the right courses of action may coincide; if not, the leader must choose and we must prepare him for his choice by reinforcing, throughout his career, the ethical base as the source of his decisions.

Thank you for your readership 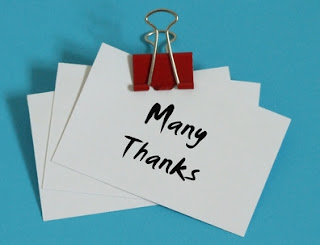 Silent gratitude isn’t much use to anyone.