MULTIPLIERS OF THE YEAR FOR 2019 ANNOUNCED TODAY 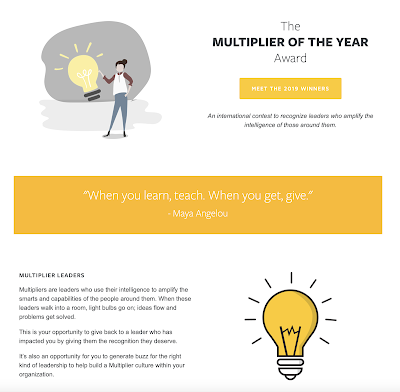 The winners are listed HERE.
Posted by Mike Lambert at 5:30 AM No comments: 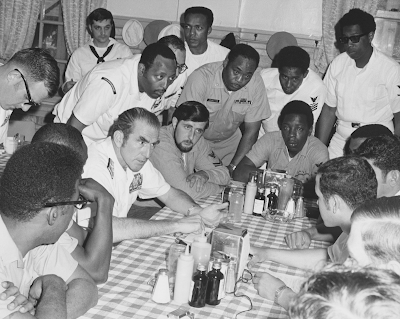 Admiral James S. McFarland - Gone 17 Years - NOT FORGOTTEN
A native of Portland, Oregon, Rear Admiral McFarland graduated from Lewis and Clark College. His Naval career began in 1953 when he enlisted in the Naval Reserve. As a Third Class Petty Officer (YN), he was commissioned in 1957. After Communications School in Newport, Rhode Island, he spent four years in Hawaii working in Signals Security and making training and communications readiness visits to over 200 U.S. Navy ships. Staff duty in Washington, D.C. with Commander Naval Security Group followed from 1961-1963. This was followed by operational assignments at Karamursel, Turkey, and on USS Belmont (AGTR-4) as the Special Operations Officer.

In 1967, he left the Staff, U.S. Atlantic Fleet for Vietnam, where he served primarily in support of U.S. Marine Corp Forces in  tactical ground operations. The Armed Forces Staff College was next, followed by a tour as Middle East Operations Officer. In 1971, he became the first Office-In-Charge of the Navy's Current Support Group (CSG) in Rota, Spain where the unit earned the Navy Unit Citation for its support of the U.S. SIXTH Fleet during the Yom Kippur War and the 1974 Cyprus crisis. He returned to the Staff, U.S. Atlantic Fleet from 1975 to 1979. His next assignment was as the Commanding Officer of the Naval Security Group Activity (NSGA) Misawa, Japan where he assumed command on 5 March 1979.

In 1981, Rear Admiral McFarland assumed duty as Chief, Naval Forces Division, at the National Security Agency (NSA); and in 1983, was assigned as the Assistant Chief of Staff for Cryptology, Commander U.S. Pacific Fleet; Director, Naval Security Group Pacific (DIRNSGPAC). Early in 1985, he was selected for Flag Rank. His last assignment was as Commander, Naval Security Group Command (CNSG) from August 1986 to July 1990. Rear Admiral McFarland was also assigned as the Deputy Director of Naval Intelligence (DNI) for the Chief of Naval Operations (CNO).

Some of his personal decorations include the Bronze Star with Combat distinguishing device (for his time in Vietnam), Meritorious Service Medals and the Joint Service Commendation Medal.

RADM James S. McFarland passed away on Saturday, 1 February 2003, at 8:00 p.m. At the Admiral's request, there was no funeral service. His ashes were scattered on the beach, near his Annapolis home.

RADM McFarland was married to the former Paula Ann Wiise of Macon, Georgia for twenty-five years. He has six children, Scott, Brett, Suzanne, Jeffrey, Matthew, and Kelly.
Posted by Mike Lambert at 5:30 AM 1 comment: