The Chief of Naval Operations Guidance (CNOG) for 2011 is due to be published later this month. On the information superiority front, I think it is fair to say that the CNO accomplished much of which he hoped to achieve in 2010 (as depicted in the CNOG extract below). I hope he has some stretch goals for information dominance in 2011. 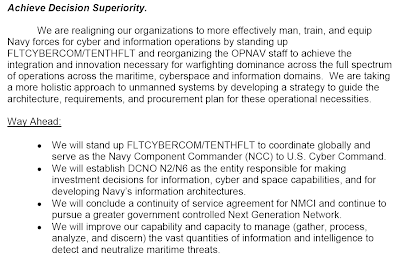