Leadership Challenges in The FLEET 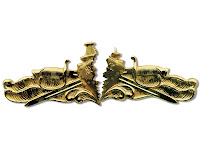 By Donnie Horner - Naval Academy Class of 1961 Chair and distinguished professor of leadership education in the Department of Leadership, Ethics, and Law at the U.S. Naval Academy (USNA).
To order “all stop” is unusual for any organization of any size in any business. Doing so twice in one year may hint at the depth of the problems faced.

The typical recent query from young officers goes something like this: “Why, Professor, is the leadership you teach and the leadership we learn not in line with what we’ve encountered in the fleet?”

One junior officer in Mayport, Fla., explained: “I typically get thrown off the bridge at least once during a watch by a senior officer in some sort of profanity-laced tirade. Most of the time I have no idea what I did to cause the explosion.” **NOTE: Some Admirals are trying to fix this - more and more Commanding Officers are being relieved for "poor command climate".

Maybe there’s more to the recent calamities than “poor seamanship and weak navigation skills” — these being perhaps only indicators of more significant problems. Maybe there’s something more deeply wrong with the Surface Warfare Officer (SWO) culture — something that produces a dysfunctional command climate which erodes effectiveness, teamwork, cohesion and war-fighting skills.

“There’s definitely a SWO culture. Thrive off of getting as little sleep as humanly possible, think Aegis is the greatest thing to happen to the human race, make fun of the folks who ‘don’t get it,’ talk down about the non-watchstanding supply rates, and you’re ‘in.’ It’s a bit like high school. SWOs eat their young. You earn respect for ripping into people and just being generally ‘hard-core.’ ”

“SWOs eat their young. Your job: stay on the good side of the bullies, the feared and unrelenting senior officers on your ship. Avoid being on the receiving end of their wrath. I am ashamed to say that I contributed to this culture to avoid finding myself on the other side of the table. To deal with the bullies, you become a bully. And, if you survive, you wear your SWO pin ‘like a badge of honor.’ ”

These comments provide a classic illustration of in-groups and out-groups, and the enormous amount of wasted energy that goes into their formation and maintenance. Far from reinforcing the value prioritization of ship-shipmate-self, these groups create conflict, inhibit information flow, and have a negative effect on the good order and discipline of the unit.

In fairness, several SWOs reported highly contrasting cultures on their ships which produced inherently positive experiences. These SWOs report senior leaders who are “civilized, respectable, tactful, knowledgeable men” that were like father figures and teachers whom you cared more about letting down than fearing an impending eruption. However, these SWOs were quick to add that theirs was not the normal experience and not indicative of the dominant SWO culture. “My ship was an anomaly,” was a typical refrain.

Something is amiss. If the descriptions of the dominant SWO culture are accurate, then it’s no wonder ships are running aground, boats are colliding and sailors are being lost overboard.

It should be acknowledged that any thoughtful, contemplative leader understands that there are times when emotionally charged engagement and public denigrations might be necessary and appropriate. Purposefully wonton, reckless, replicated behaviors would qualify for such a response.

Read the full article in NAVY TIMES here.
Posted by mike at 7:19 AM

This describes exactly why I left without SWO quals in the 80's. I did not want to become like that.