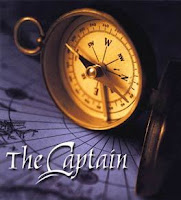 Do not refer to the captain by name. He is simply - The Captain.


The beginning of wisdom is to call things their right name.

A Sailor must weigh this advice with the circumstances he/she faces at that particular time. Here is an example: I had the OOD Watch at the Submarine Training Center, Charleston, SC on a weekend day and the CO of the command called and informed me that he would be coming by his office and gave me the time of his expected visit. I informed my Security Watch to keep a lookout and greet the Captain properly. The Security Watch did greet the Captain with a sharp salute and a “Good Morning Captain” he held his salute for the Captains wife and said “Good morning Mrs. Captain”. I as OOD heard about it later as I expected I would.