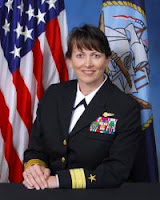 Secretary of the Navy has appointed RDML Jan E. Tighe serve as interim NPS school president, and O. Douglas Moses, the current vice provost of academic affairs, will serve as the acting provost. SECNAV also has created a working group that will implement the recommendations in the IG report.

Navy Secretary Ray Mabus has fired the top two administrators of the Naval Postgraduate School in Monterey, Calif., for mismanagement and fostering an atmosphere of defying Navy rules and regulations.

The firings of the school’s president and provost come after an investigation by the Navy’s inspector general. It found that the president, Daniel Oliver, failed to comply with federal and naval regulations, circumvented federal hiring authorities and inappropriately accepted gifts from a private foundation that supports the school.

The investigation also found that the provost, Leonard Ferrari, did not comply with Navy regulations and accepted gifts from the foundation.

“Navy inspection and investigations into management practices at the prestigious school determined that the school’s leadership fostered an ‘atmosphere of defiance of statutory requirements and Department of the Navy rules and regulations’”.
Posted by Mike Lambert at 5:45 AM

All right! Another operational tour for the RDML!

Interesting optic ... rather than lead with your usual "#### was fired" you chose to lead with "#### was hired". Not sure how to view it ... its surely not a good day for any of the principals.

I was most interested in RDML Tighe's selection to head up the NPS. I don't usually post about civilian firings in DoN. VADM Dan Oliver was my Wing Commander and reporting senior back in the mid 1980s when he was Commander Patrol Wing TWO in Hawaii.

Navy is Navy. Hold all to the same standards. If you are publically going to slam the Officers - then you should do the retired ones and civilian leadership as well. Fair is fair. The fact that he was your former reporting senior should give you better insight with your blog.

I didn't understand your comment about how Dan Oliver being my former reporting senior should give me better insight with my blog.

Essentially since you worked for him before you might be able to expand and discuss if he indicated these failings in the past OR if he demonstrated the type of leadership you admire. Perhaps you can discuss how in or out of character this was for him and any thoughts you have on the way he possibly failed. All is fair game now.

Nobody or any system is perfect. However, we have allowed for a perception that if we can find any 'wrong' then the only recourse is to fire you. History has many great leaders with big blunders that were forgiven after appropriate counseling. They were able to stay in those positions. Plus - we did not brag about our problems (bloggers, Navy Times, etc.). Perhaps we should learn more from our history (not the folklore that our heros had no faults but rather they can make mistakes and recover).

No one is suggesting a perfect system. I think they found much more than 'any wrong' in this case and took action. Some blunders can't be forgiven and the Navy hasn't fired any of these senior officials without good cause. I don't see anyone 'bragging' about the problems. Publicizing these problems serves as an opportunity for people to understand the significant responsibility and challenges our COs and senior leadership have. How many times do we need to relearn the same "lessons learned"?

With all the URL and RL FO's at OPNAV, why is it a one star RL IW officer currently filling a significant role in the N2N6 organization is tagged to fill this gap at NPS?

One possibility may have to do with the fact that she holds a PH.D., wheras most Flags don't. There is some merit to having someone with such credentials as the head of an academic institution.

The cryptologic warfare art has a longstanding, mutually beneficial relationship with NPGS, and 161X officer students were enrolled in the toughest curricula the school has to offer. One would imagine that the IWO/IO specialties have student billets there, as well.

In addition to her military grade, Admiral Tighe has experienced the doctoral academic process and clearly holds the trust of her seniors. IMO, her assignment to oversee a prestigious naval beacon of knowledge and research, is just right.

However, IWOs of now are not the Cryptologists of yore.

Either NPS is and should be a significant enough command to have an active duty flag officer permanently assigned as it's LEADER, advocate and pipeline to top leaders or there will likely be recurring problems like this. The functions performed by the NPS should be of sufficient interest to top Navy management that they want a flag officer assigned and engaged.

There are a number of permanent military professors (and probably other active duty and reserve officers) that are fully capable of handling some of the most senior academic officer positions at the service academies, war colleges and other senior military schools. And they have the inculcated military leadership training, experience and accountability mechanisms that should be fully on display at these institutions. Term appointments to these positions would be best for transparency and accountability.

An example: I see vacancy announcements for major DoD and service agencies for "Deputy Commander" civil service jobs. I have no problem with Executive Director jobs or Technical Director jobs but one of the key functions of a deputy commander or executive officer of a military command is to be instantly available to assume complete command in the absence of the commander. A civil servant (even if they are retired military) can't do that, and shouldn't. If the military cannot find the need for an officer (active or recalled reservist) 1-3 grades below the commander’s grade, I question the need for the existence of that command entirely.

Navy Secretary Ray Mabus has fired the top two administrators of the Naval Postgraduate School in Monterey, Calif., for mismanagement and fostering an atmosphere of defying Navy rules and regulations.

The firings of the school's president and provost come after an investigation by the Navy's inspector general. It found that the president, Daniel Oliver, failed to comply with federal and naval regulations, circumvented federal hiring authorities and inappropriately accepted gifts from a private foundation that supports the school.

The investigation also found that the provost, Leonard Ferrari, did not comply with Navy regulations and accepted gifts from the foundation.

This is how the Navy reported it:

From Navy Office of Information

WASHINGTON (NNS) -- Navy Secretary Ray Mabus relieved the two top leaders of the Naval Postgraduate School (NPS) Nov. 27, after a Navy investigation revealed evidence of mismanagement and failure to comply with federal statutes and Department of the Navy regulations.

Navy inspection and investigations into management practices at the prestigious school determined that the school's leadership fostered an "atmosphere of defiance of statutory requirements and Department of the Navy rules and regulations."

The investigation found that Oliver misused standard contracting procedures to circumvent federal hiring and compensation authorities. The investigation also found that Oliver and Ferrari inappropriately accepted gifts from an independent private foundation organized to support the school. The inspection determined that school leadership consistently failed to solicit and consider the advice of the school's technical experts, including its attorneys.

Rear Adm. Jan Tighe's skills are needed "in the fleet," Secretary of the Navy Ray Mabus told faculty in a letter this week.