Number 22 in the books 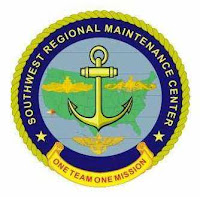 The Navy said that the the decision stems from an investigation into contracting improprieties at Southwest Regional Maintenance Center. Navy spokesman Christopher Johnson said the investigation “substantiated allegations of waste as a result of poor project management and lack of proper oversight.” He said that government funds were “misspent in a number of areas” but declined to offer any more details, saying that the investigation is ongoing.

Captain Wiegand, who took command in July 2010, will be reassigned to administrative duty.

Captain Wiegand is the 22nd naval officer in command to be fired in 2012.

I follow these CO firings and I'm disappointed by each one. Command is a tough job. We have some truly excellent COs out there doing a superb job of leading their commands and getting the very most from their Sailors. With over 1000 in command at one time, we still have way too many out there who don't spend any time trying to do an exceptional job but are solely focused on avoiding doing a bad job. Sat though another Commanders Conference this week and we had plenty in the latter category - the avoiders.