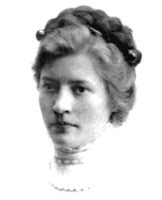 One of the best cryptanalysts of her time, Agnes Meyer Driscoll, worked for the Navy as a civilian and as a Yeoman Chief Petty Officer. Known to some as "Miss Aggie" and "Madame X", she was a math teacher before joining the Navy in 1918. The Navy introduced her to her life's work in cryptology.

Following World War I, except for a few years in the 1920s when she worked for another cryptographic pioneer, Edward Hebern, Agnes continued in cryptology with the Navy and other organizations (including NSA) for the rest of her career. She is credited with making breaks into most of the Japanese naval codes OP-20-G worked on.

In the Navy, she was without peer as a cryptanalyst. Some of her pupils, like Ham Wright, were more able mathematicians but she had taught cryptanalysis to all of them, and none ever questioned her talent and determination in breaking and ciphers.

Among her uniformed naval colleagues, she was held in the highest esteem throughout her long career, which continued from the office of naval communication to the Armed Forces Security Agency, and then to the National Security Agency.

Women accepted into the cryptologic field were sworn to secrecy. The penalty for discussing the work outside of approved channels could be death, as it was considered an act of treason during a time of war.

She was buried at Arlington National Cemetery in 1971.
Posted by mike at 5:10 AM

She was one of the people responsible for breaking into the Japanese "Purple" system. In particular, she's the one who realized that it was based on telephone linear switches instead of a disk system, which was the key insight.