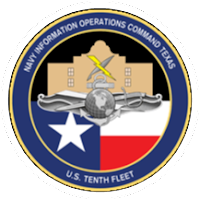 On Oct. 1, 2005, the command was renamed from Naval Security Group Activity Medina to Navy Information Operations Command Texas.
More about NIOC Texas HERE.
Posted by mike at 5:30 AM

Well Done Greg Haws. A great shipmate and an officer who would speak his mind! Not to mention a fabulous sense of humor.
Lee Cardwell